Here’s an exhilarating lecture by Neil Gaiman, exploring what it means to read. This essay has all the passion, humanity and humour of his fiction.

When my dad was stationed in Germany, I had to attend a boarding school in Edinburgh for a year. I remember virtually nothing of those few terms – only scattered memories of finding a flat iron in a tree root, and of crawling down a tunnel that older students used for shooting practice. But I do remember the library, and I remember reading. Reading a lot. I can’t recall all the titles, but I know I read King Solomon’s Mines, the Biggles books – which probably explains my unforgivable weakness for adverbs (he thought, wistfully) – and all the Hardy Boys books over and over again. I’m pretty sure I started on Steven King around then, too. I was eight or nine at the time, which might explain a few things.

Anyway – the library is my only memory of that time that’s even halfway to concrete. It was a refuge for me, and I’ve loved libraries ever since. When we lived outside Inverness, the mobile library van was a highlight of my fortnight: visits from Desmond Bagley, Terry Pratchett, Ernest Hemingway. The librarian was a Brummie expat with gigantic muttonchops. It was like swapping books with Noddy Holder. When I was seventeen, I applied for a job driving the mobile library on the Black Isle. I didn’t get it.

I’ve been a member of libraries in Inverness, Bristol, Lancaster, London, Manchester and now Kendal. Libraries have given me a place to read, a place to study, a place to work, a place to think and, when I was at my poorest, a place to be warm. Libraries are portals to parallel universes. They are circuses, space stations and sunken ships. They are deserts and cities and jungles. They are wormholes and bridges. They record the past, and they tell the future, and they record every scrap of human experience.

Libraries are important, and we’re losing them. Government cuts have brutalised already very modest library budgets. As Michael Rosen has pointed out, coalition rhetoric expounds the need for reading, while quietly removing the places to read.

Neil Gaiman’s essay voices all this far more eloquently than me. It’s beautifully written, of course, but a real thrill, too: immediate, passionate and compelling. Please read it – worth every word. And then go and get something from your library. 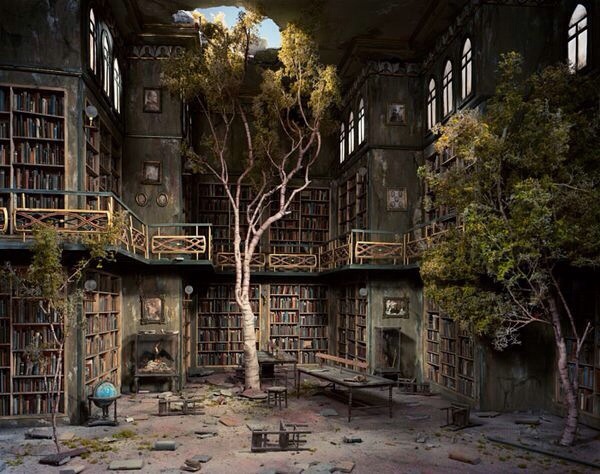 One thought on “Wormholes and bridges”