I visited the awe-inspiring Furness Abbey last week. It’s one of those places that I find very hard to describe, and although I’m going to try, I don’t feel I’ll come close, so I’ll probably keep this fairly short.

The abbey lies in ruins, but the utter majesty of the place remains. Sandstone soars into the sky in towers, even as the wind and rain carve it back down into organic shapes. It’s humbling beyond measure to walk the grounds, to sit in the buttery, to peer up tiny spiral staircases, to measure spans and arches – to walk the same paths the monks would have walked, centuries ago. A watercourse trickles through the ruins, tight with brick and riddled with tunnels and drains, but also dense with willowherb. It makes the abbey seem both antique and feral. There are plants trickling from upper ledges, and swallows nesting in the cells. There are tunnels and alcoves and windows and doors. What survives of the former halls still feels enclosed. Parts of the abbey are completely removed from the main walkways, and it’s unnerving to stand in silence and stillness and reflect on the hundreds of lives to pass through the same space. It’s crawling with ghosts. They’re in every stone, in every blade of grass. The site is surrounded by trees that hush in the wind, and the place is full of whispers. It embodies that sense of threshold I feel so drawn to. There are blind corners, where the space is shut abruptly out and your skin crawls with presence. Gravity weighs more in the abbey. The stones have grown gaunt on life and death and time.

Time. That’s the abbey means. The whole place aches and creaks with a ferocious sense of time. It’s massive. It echoes, it rebounds from the rock, from the moss. Walking the walls brings our few moments in this world into ferocious, ridiculous focus. It’s magnificent. It’s extraordinary. Go and explore it for yourself. 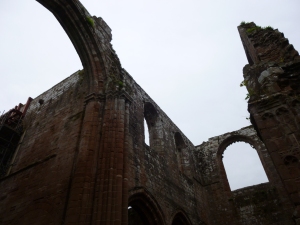 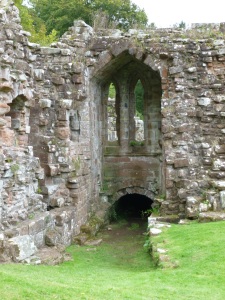 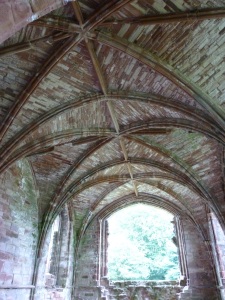 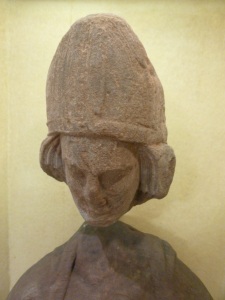 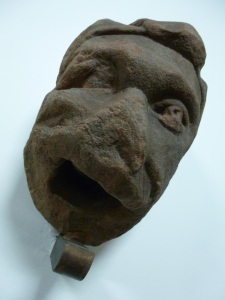 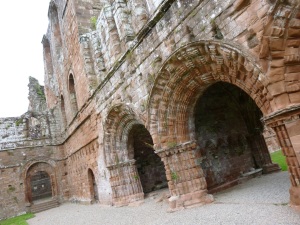