I should have written about this sooner, but the month since we returned from Thailand has been a blur of college, film and writing. In short, I’m honoured beyond measure that The Visitors has been February’s Book of the Month for Waterstones Scotland. It’s been incredible – my excellent friends in Scotland have been sending me pictures of the book for sale in Dundee, Edinburgh, Glasgow and beyond, and some of the window displays have been absolutely breathtaking. I’m a very lucky writer.

The good people at Quercus asked if I could pop up to Scotland to sign some books and do a reading – which fortunately fell over half term. Cue a manic two days on the road with my wife – first dropping off Dora with her grandparents, then staying with my aunt and uncle in Edinburgh, stopping off at Waterstones stores in Edinburgh Princes Street and George Street, then Falkirk, on to Glasgow Argyle Street and Sauchiehall Street, and finishing up at the Braehead shopping centre. It was a real whistle-stop thing, calling in long enough to sign a stack of books, chat to the staff, and push on again.

I’m delighted to report that it seems to have been doing well – aided in no small part, I’m sure, by Leo Nickolls‘ stunning cover. Some stores only had a couple of copies left, and it had made the charts in others. It’s also been cropping up in Blackwells, W.H.Smiths, and Waterstones south of the border.

While we were in Glasgow Sauchiehall Street, I read a few chapters from The Visitors. I’ve read from it before at spoken word nights, but this was the first time I’d done anything like a proper talk on the book. I read three chapters. Having been so immersed in The Hollows, it was even a little strange to be back on Bancree and inside Flora’s head, but I enjoyed it. The reading was followed by some excellent questions from the audience, then catching up with old friends. Within 48 hours, we were back on the road to Cumbria.

I’ve been lucky. I know I’ve been lucky. I’m incredibly grateful to Quercus, and to Sue at Conville & Walsh, and to Waterstones, for showing this much faith in my work. I hope I won’t ever take that for granted, because I want to write until the day I drop. I’m still rising early to chip away at The Hollows. I’m finding that it doesn’t really matter how much I write in these dawn sessions, as blackbirds squabble in the garden and the radiators creak into life; whether I write 100 words or 500 words, it’s much more about keeping in touch the story, tagging in every day. Last year, I had to spend months at a time without writing at all, and I fell away from the manuscript. There were times I returned to it and couldn’t remember a word of what I’d written previously. Even if, or when, I get that busy again, I’m going to try to keep going with these little sessions every day – they mean that when I have a full writing day, I can hit the ground running. I’ve written more good material this February alone than all of last year put together. That gives me courage. 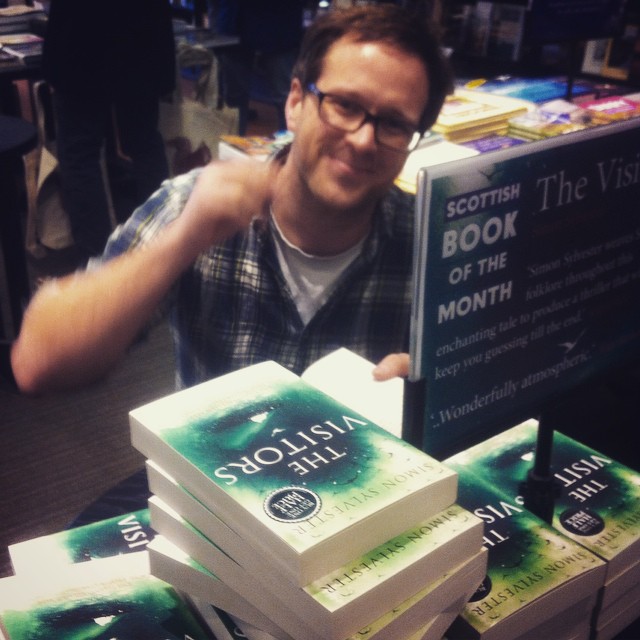 2 thoughts on “Waterstones Scotland Book of the Month”