This is my first post since 1st October 2015; a window of more than three months, and the longest I’ve gone without an update since I started the blog. I signed off because my head was on fire and I needed some space. As a result, I haven’t shared some amazing things that happened to me last year—ten awesome days of rain and shine on the beaches of Coll and Tiree, an appearance at Bloody Scotland crime-writing festival, the US publication of The Visitors, and most especially my first time at Edinburgh International Book Festival, where I was reading with the ManBooker shortlisted genius Chigozie Obioma. Maybe he was as nervous as me about the festival, but something just clicked. I don’t know if I’ve ever warmed to someone quite as spontaneously as I did Chigozie. In the middle of our discussion a battered bookmark slipped from the pages of his book. It said, Literature tastes better with beer, and I thought, yeah, this is one of the good guys. (And his novel, The Fishermen, is a wonder.) Edinburgh is a city like no other, and the festival was an extraordinary experience. To cap it all, walking back to the hotel through the summer gloaming, I came up with a new novel idea. That was a good day.

My head was on fire because of The Hollows. I finished the second draft in June and took the print-out on holiday to Coll and Tiree, where I spent my downtime going through it with a red pen. I finished the last pages as the ferry trundled back into Oban, redrafted in a week, and asked some friends to read it. To be completely honest, I was feeling pretty pleased with myself. I’d written the whole thing in about thirty days, edited it in another five, and I thought it was good. I blogged about experiencing something of a slump, but that’s normal for me, and I expected to get out of it. Unfortunately, I didn’t get out of it at all. It became worse.

The problem probably goes back to the Kate Mosse incident. I think that skewed my compass more than I realised at the time; in writing the second draft, trying to make some space between me and her, I moved too far into the fantastical, and away from the magic realism I’m pitching at; and my sheer joy of progress in writing the new draft so quickly—the drowning that I long for in my writing—that same joy blinded me to things I should have been more conscious of, things I should have been stronger about. My amazing beta readers enjoyed the book, but a couple of issues cropped up time and time again, and this consensus helped me gain some perspective on the book. Put more bluntly, it became clear that a particular strand of the story wasn’t working as well as it needed to. So go and change that one strand, right? 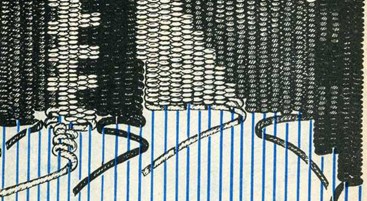 I sometimes think of writing a book like weaving a tapestry: the multiple threads of the characters, settings, atmospheres, emotions and plot woven against the weft of pace and rhythm, all of them bound together into a single piece. As a metaphor, it works. The problem comes in trying to unravel one or two of the threads: it can’t be done without wrecking the rest. Pull at one, and the whole thing falls apart. When I tried to redraft, I found I couldn’t do it; between the first failed version of the story, and then the flawed second, I was utterly discombobulated. It made me miserable for a very long time. One day, I’d start writing it again, completely from scratch, with the ghosts of my characters screaming outrage over my shoulder—the next day, I’d junk everything I’d done the day before, and go back to my second draft, pussyfooting around with single words and phrases—and the day after, I’d return to the very first version, and work out what I could salvage, looking for something, anything to show me the way.

At this point, I was overthinking it. I was tortured by possibilities, and wound up going backwards. The whole miserable process was compounded by the aching, awful thought of all the time I’d lost—by my reckoning, nearly a quarter of a million words of finished work over two years, and none of it anywhere near an actual book. At times I’ve been utterly inconsolable, and at other times I’ve probably been horrendous to live with. I’m extremely lucky to have in Monica a partner who understands these processes.

At the start of November, half-a-dozen small video jobs dropped into my lap in the space of a fortnight. That meant no writing for the rest of 2015, and I spent the rest of the year working flat-out to finish the films—they are now mostly wrapped, and so my writing days are back. In the end, some enforced time away has been helpful. My feet are back on the ground, and I’m not wallowing anymore. I can’t pretend I have a completely clear vision of the way ahead, but I’ve finally started getting some sense of the way. After days and days of effort and countless hours with my notebook and the myriad manuscripts, I’ve cut 70,000 words from the draft, tweaked those strands I needed to tweak, and I’m now writing into empty white pages for the first time in a year. I no longer know what will happen in some parts of the story, but actually that’s fine—that’s one of the fun parts. As daft as it sounds, I’m going to bed earlier, too, and waking with a little time to write. That helps.

I shared too much about the last draft. I’m never confident about my work, but I think I became a little complacent after discussing it in such detail. Having experienced heartbreak once, with the Kate Mosse incident, I simply didn’t believe it could happen again. I think I felt I’d paid my dues with The Hollows—that I was owed a bit of a pass. I was therefore unprepared, and it hurt much, much worse. It has taken months for me to want to write again—rather than feel I have to. And I do want to write, now. The drive is creeping back. I feel far more cautious, and I’m approaching every writing day with care—care for my story, and care for my heart—but I want to be writing, which is the big thing. I’m miserable when I don’t write.

The Hollows has sung to me for three years, and I’m going to get it right. The characters evolve and change, much like the fens they live in, the fens I’m writing about, landscapes in flux, stories in flux. I would say watch this space—but don’t watch too hard. I’ll be a wee while. Third time lucky. 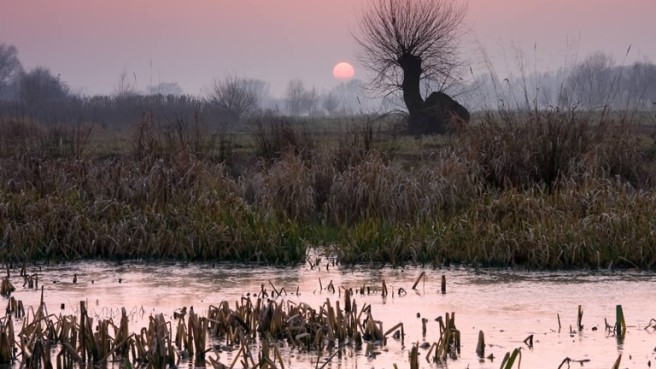