I’ve been tinkering on my new book since the summer. It’s coming together, slowly, slowly — I learn more about the world of it every time I sit down to work. My writing days have been overtaken lately with a succession of film jobs and Real Life things getting in the way, but I’m still onboard with my second 100 Days Of Writing, and I usually manage somewhere between 30 and 300 words a day. One step at a time, right? It’s all going in the right direction.

After this morning’s writing session, I’ve been reflecting on how stories change. Halfway through The Visitors, the lead characters took me completely by surprise with the way they wanted to go. By the time I’d finished redrafting and rewriting, it was a completely different book to the one that started out. It’s sometimes only on finishing that I realise what the story actually is. That’s true of every long story I’ve worked on, I think, and it’s almost certainly true of the current book. The core idea has stayed the same throughout, but the characters have swirled about it like satellites, each waiting for the gravity of the plot to draw them in. The ones I thought would lead the story have drifted away into space, mute, watching the world recede into a dot of light. And others, characters I assumed had only minor parts to play, have crashed into the story like meteors, hitting hard enough to shake the orbit — to tilt the axis into something new.

If you’re new to my blog, please note that I love an extended metaphor.

Back in November, I cut the story from 35,000 words down to 15,000, as the characters corkscrewed into my head and the story revealed itself as something new. Having steadily built my way back to 28,000 words, I’m about to cut the first two chapters — they’re only short, but I thought they were important for backstory and building the world. (And actually that’s true — but only for me and my understanding of the journey I’m embarking on.) No one else needs them, not really. Instead I’ve come up with a single sentence that literally does the job of 2,500 words. Knowing that I’m going to dispatch them to the great black hole of deleted chapters feels rather freeing — like dropping ballast. Ballast has an essential function until the exact moment it becomes dead weight.

The book calls louder, the further I run with it. The relationship between the lead character and a very minor character has become the hinge on which the whole story swings, and it’s quietly stunning for me to sit back and soak that in — to think that it’s been there all along, and only now do I know why. Back to it tomorrow. 100 words a day. Steady away, lad — casting ballast, rising up. 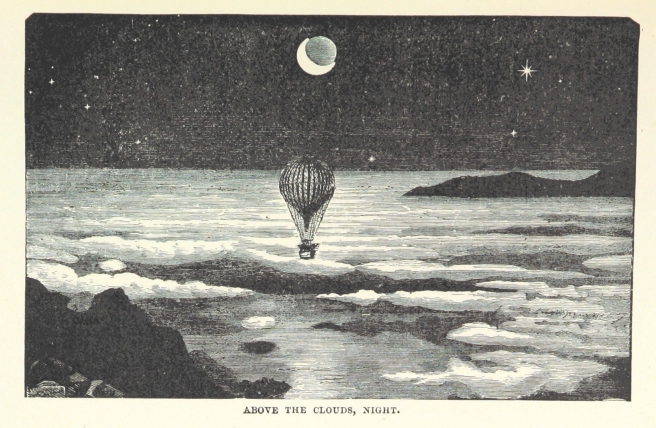